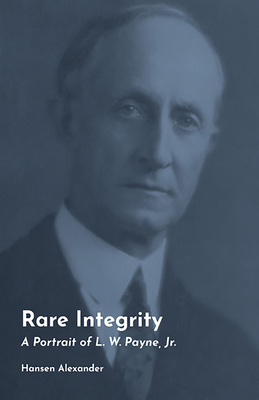 Leonidas Warren Payne, Jr. (1873-1945), counted Robert Frost among his friends and a member of the inner circle of poets who embraced him and sought his advice. He altered forever the perception of Texas when he created the Texas Folklore Society that continues to record, publish, and promote Texas history, myth, music, and customs. He rescued J. Frank Dobie and brought him home to Texas, where he produced his finest work and established a voice for Texas literature. L. W. Payne, Jr., influenced generations of American school children through his anthologies that became basic English textbooks.

Payne dedicated his life to his students at The University of Texas, those he called the other 95 percent who would go back to their towns, cities, and farms and make good citizens and rear healthy and lovely children. Robert Frost expanded on Payne’s philosophy and added that out of the 95 percent would come most of the poets, novelists, sculptors, architects, and artists our nation was destined to produce.

Drawing upon Payne’s own writing, interviews with former colleagues and students, and private letters lain undisclosed since Payne’s death, Rare Integrity reveals a portrait of a man whose great gift of creative generosity and warmth of heart enabled him to see a person as the person wished to be seen. Hansen Alexander follows Payne from his beginnings in Auburn, Alabama, where he discovered his affinity for literature, through his hazardous journey during a yellow fever epidemic to marry his sweetheart, his education, and final move to Austin, Texas. There Payne made his home, reared his family, and reached out to befriend and defend a new generation of poets to bring their work to life for students.

Alexander chronicles Professor Payne’s struggle to guide J. Frank Dobie back into The University of Texas fold without compromising Dobie or the university. Alexander lays to rest, for the first time, the quarrel that never existed between Frost and Payne, a mythical quarrel created and perpetuated by Frost biographers.

HANSEN ALEXANDER, an attorney for many years in New York City, was a history major at The University of Texas when he began researching and writing about Payne. He is the author of two books about Texas baseball legend Roger Clemens, One Brave Man and The Life and Trials of Roger Clemens.