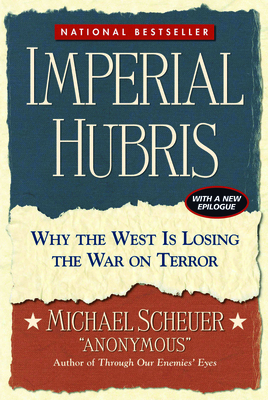 Why the West Is Losing the War on Terror

Though U.S. leaders try to convince the world of their success in fighting al Qaeda, one member of the U.S. intelligence community would like to inform the public that we are, in fact, losing the war on terror. Further, until U.S. leaders recognize the errant path they have irresponsibly chosen, he says, our enemies will only grow stronger.

According to the author Michael Scheuer, the greatest danger for Americans confronting the Islamist threat is to believe—at the urging of U.S. leaders—that Muslims attack us for what we are and what we think rather than for what we do. Blustering political rhetoric “informs” the public that the Islamists are offended by the Western world’s democratic freedoms, civil liberties, inter-mingling of genders, and separation of church and state. However, although aspects of the modern world may offend conservative Muslims, no Islamist leader has fomented jihad to destroy participatory democracy, for example, the national association of credit unions, or coed universities. Instead, a growing segment of the Islamic world strenuously disapproves of specific U.S. policies and their attendant military, political, and economic implications.

Capitalizing on growing anti-U.S. animosity, Osama bin Laden’s genius lies not simply in calling for jihad, but in articulating a consistent and convincing case that Islam is under attack by America. Al Qaeda’s public statements condemn America’s protection of corrupt Muslim regimes, unqualified support for Israel, the occupation of Iraq and Afghanistan, and a further litany of real-world grievances. Bin Laden’s supporters thus identify their problem and believe their solution lies in war. Scheuer contends they will go to any length, not to destroy our secular, democratic way of life, but to deter what they view as specific attacks on their lands, their communities, and their religion. Unless U.S. leaders recognize this fact and adjust their policies abroad accordingly, even moderate Muslims will join the bin Laden camp.

New York Times and Washington Post bestseller Imperial Hubris was originally published anonymously, as required by the Central Intelligence Agency. Its author is Michael Scheuer, the former head of the CIA’s Bin Laden Unit, who resigned in November 2004, after two decades of experience in national security issues related to Afghanistan and south Asia. As “Anonymous,” he is also the author of Through Our Enemies’ Eyes: Osama bin Laden, Radical Islam, and the Future of America. Scheuer has been featured on many national and international television news programs, has been interviewed for broadcast media and documentaries, and has been the focus of print media worldwide.

Praise For Imperial Hubris: Why the West Is Losing the War on Terror…

“A fire-breathing denunciation of U.S. counterterrorism policy.”—Julian Borger, The Guardian

“A sprawling, erudite book on the origins and present state of the ‘war on terror.’ . . . Gripping.”—Publishers Weekly

“No serious observer of the war on terrorism can ignore this scathing critique of the Bush administration’s policies.”—Peter Bergen, author of Holy War, Inc.

“This book is so valuable, it hardly seems that any review could do it justice.”—Ralph Peters, author of Beyond Baghdad: Postmodern War and Peace

“[The author’s] conclusions are as disquieting as his policy prescriptions are compelling. . . . Imperial Hubris is destined to become a classic in the field of counterterrorism analysis.”—Bruce Hoffman, author of Inside Terrorism
— Bruce Hoffman
or
Buy Here
Copyright © 2020 American Booksellers Association