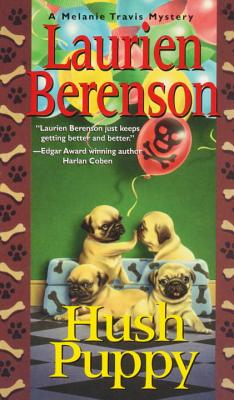 Melanie Travis loves her teaching job at Connecticut's elite Howard Academy, where plans are underway for a Spring Pageant to honor the school's fiftieth anniversary. Immersed in the preparations, Melanie is hurrying to retrieve a painting of one of the illustrious co-founders when she comes upon a disturbing scene: Eugene Krebbs, the Academy's elderly caretaker is arguing loudly with a girl half his size. Before Melanie can learn more than the girl's first name--Jane--she disappears. It's clear that Jane isn't a student at Howard Academy, so what is she doing there? Melanie doesn't have a chance to answer that question before more problems arise. Two days later, Krebbs is discovered stabbed to death right on the school grounds. Now Melanie is embroiled in a full-fledged homicide investigation as she tries to find out who's added murder to the school's curriculum. And when Melanie's trail leads her dangerously closer to the truth, she must race against time to track down a cunning killer before she becomes the next victim to be hushed. . .forever.

Laurien Berenson is author of the delightful Melanie Travis canine cozy mystery series, including Jingle Bell Bark and Best in Show. She has a degree in psychology from Vassar College and has been married for almost twenty-five years. She lives in Georgia with her husband, her son, six dogs, and two Welsh ponies.
Loading...
or
Not Currently Available for Direct Purchase