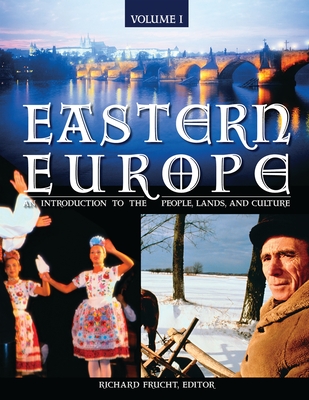 An Introduction to the People, Lands, and Culture

Eastern Europe: An Introduction to the People, Lands, and Culture sheds light on modern-day life in the 16 nations comprising Eastern Europe. Going beyond the history and politics already well documented in other works, this unique three-volume series explores the social and cultural aspects of a region often ignored in books and curricula on Western civilization.

The volumes are organized by geographic proximity and commonality in historical development, allowing the countries to be both studied individually and juxtaposed against others in the region. The first volume covers the northern tier of states, the second looks at lands that were once part of the Hapsburg empire, and the third examines the Balkan states. Each chapter profiles a single country--its geography, history, political development, economy, and culture--and gives readers a glimpse of the challenges that lie ahead. Vignettes on various topics of interest illuminate the unique character of each country.