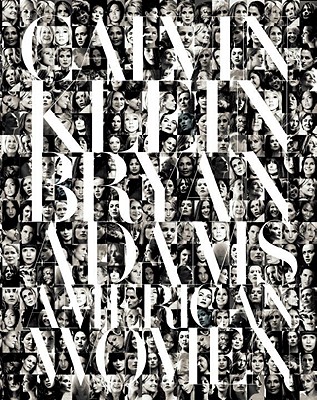 In November 2003, musician and photographer Bryan Adams began photographing a cross section of influential American women dressed in Calvin Klein. Shot mainly in New York and Los Angeles throughout 2004, American Women is a tribute to the beauty, strength, and character of American women. Actors, journalists, musicians, artists, businesswomen, athletes, and philanthropists are included—the binding theme being that they are all American women known for excelling in their field. Proceeds from American Women will support breast cancer research programs at Memorial Sloan-Kettering Cancer Center through The Society of MSKCC.