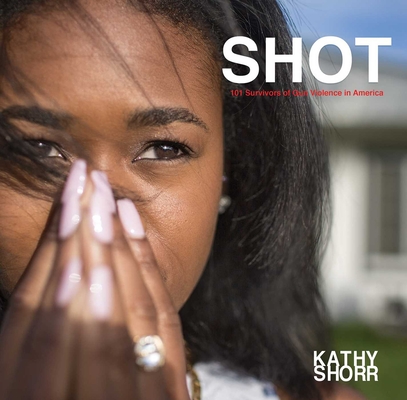 101 Survivors of Gun Violence in America

The increasing ubiquity of gun violence has become the norm across the world and particularly in the United States, where we have begun to hear horror after horror on a daily basis. So much so that it has started to produce a numbing effect, a helplessness that allows us to hear the news and say, “Here we go again,” and put it out of our mind. Gun violence is now something we expect to happen.

SHOT is about people who have been shot and survived the experience. It portrays 101 survivors, aged 8 to 80, from all races and many ethnicities. They are the representatives of “survivorhood.” Most were photographed in the location where they were shot.

SHOT allows us to explore a dialogue about gun violence and how we are all vulnerable.

Kathy Shorr was born in Brooklyn, New York. She is a photographer whose work crosses the borders of documentary, portraiture, and street photography. She received her undergraduate degree in photography from The School of Visual Arts. Shorr also has an Masters in Education that was received while working as a New York Teaching Fellow in public schools in crisis. Her work has been shown in galleries in New York City and was featured in the celebrated Visa pour l’Image in Perpignan, France. She lives and works in New York City.

Dr. Tanya L. Zakrison is a trauma surgeon and surgical intensivist at Jackson Memorial Hospital's Ryder Trauma Center in Miami, Florida. She is an Assistant Professor of Surgery at the University of Miami and lectures in the Department of Public Health. Her public health training was through the Johns Hopkins School of Public Health with coursework in Baltimore and Barcelona with professors Vicente Navarro, Carles Muntaner, and Joan Benach. They inspired her to explore the upstream "Causes of the Causes" of violence and trauma. Dr. Zakrison is originally from Toronto, Canada and a graduate of the University of Toronto.

Max Kozloff is a New York-based writer on art and photography. He has had several shows of his own color street photography, exemplified in his monograph New York Over the Top, Contrasto, 2013. He is the author of The Theatre of the Face: Portrait Photography Since 1900 (Phaidon, 2007).

Praise For SHOT: 101 Survivors of Gun Violence in America…

"Shorr’s work provides a moving visual narrative of gun violence, revealing the power of the human spirit to persevere and go forward with strength and courage."
—Publishers Weekly