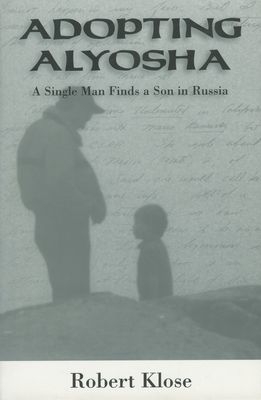 A Single Man Finds a Son in Russia

Although single women have long been permitted to adopt children, adoption by unmarried men remains an uncommon experience in Western culture. However, Robert Klose, who is single, wanted a son so badly that he faced down the opposition and overcame seemingly insurmountable barriers to realize his goal. The story of his quest for a son is detailed in this intimate personal account.

The frustrating truth he reports is that most adoption agencies seem unsure of how to respond to a single man's application. During the three years that it took for him to proceed through the adoption maze, Klose met resistance and dead ends at every attempt. Happenstance finally led him to Russia, where he found the child of his dreams in a Moscow orphanage, a Russian boy named Alyosha.

This is the first book to be written by a single man adopting from abroad. The narrative of his quest serves as an instructional firsthand manual for single men wishing to adopt. It details the prospective father's heightening sense of anticipation as he untangles bureaucratic snarls and addresses cultural differences involved in adopting a foreign child.

When he arrives in Russia, he supposes the adoption will be a matter of following cut-and-dried procedures. Instead, his difficulties are only beginning. Although he meets kind and generous Russians, his encounter with the child welfare system in Moscow turns out to be both chaotic and bizarre. However, his dogged ordeal pays off more bountifully than he ever could have hoped. In the end he comes face to face with a little boy who changes his life forever.