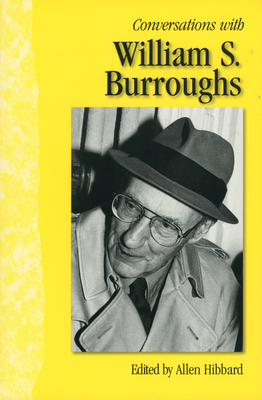 Although a rather shy, private man, William S. Burroughs gave a good many interviews during his lifetime, some in prominent publications, others in obscure forums. The interviews collected here provide an aperture into the philosophies, methods, and quirks of a man who wrote Queer, Junky, Naked Lunch, Nova Express, Cities of the Red Night, My Education, and many other works. When he died in 1997, Burroughs was likely one of the most widely recognizable figures in contemporary American literature. His image circulated on album jackets, in Nike commercials, and in films, as though proving his notion that pictures and words are viruses, invading any receptive host, taking hold, and replicating themselves. Not surprisingly, the topics Burroughs touches upon are wide-ranging: his relationships to the Beats, legends surrounding his personal life, drugs, gay liberation, collaboration, the cut-up technique, science fiction, politics, conspiracy theory, censorship, cats, guns, David Cronenberg's movie adaptation of Naked Lunch, shotgun art, dreams, and life in Lawrence, Kansas, where he spent his last years. From these interviews emerges a full, undiluted portrait of a writer who is difficult to capture in biography. Speaking of the Paris Review interview Alfred Kazin calls Burroughs "an engineer of the pen, a calmly interested specialist of the new processes. When Burroughs makes philosophic and scientific claims for his disorderly collections of data, we happily recognize under the externally calm surface of the interview, the kind of inner frenzy that is his genius--and which, in all of us, his books make an appeal." Kazin's view applies as well for the other interviews in this collection.

Allen Hibbard is associate professor of English and director of graduate studies at Middle Tennessee State University. He is author of Paul Bowles: A Study of the Short Fiction and of many articles.
Loading...
or
Not Currently Available for Direct Purchase