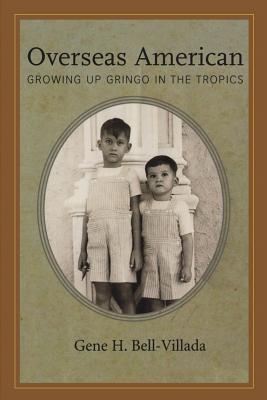 Growing Up Gringo in the Tropics

Born in 1941 of a Hawaiian mother and a white father, Gene H. Bell-Villada, grew up an overseas American citizen. An outsider wherever he landed, he never had a ready answer to the innocuous question "Where are you from?"
By the time Bell-Villada was a teenager, he had lived in Puerto Rico, Venezuela, and Cuba. Though English was his first language, his claim on US citizenship was a hollow one. All he knew of his purported "homeland" was gleaned from imported comic books and movies. He spoke Spanish fluently, but he never fully fit into the culture of the Latin American countries where he grew up.
In childhood, he attended an American Catholic school for Puerto Ricans in San Juan, longing all the while to convert from Episcopalianism so that he could better fit in. Later at a Cuban military school during the height of the Batista dictatorship, he witnessed fervent political debates among the cadets about Fidel Castro's nascent revolution and US foreign policy. His times at the American School in Caracas, Venezuela, are tinged with reminiscences of oil booms and fights between US and Venezuelan teen gangs.
When Bell-Villada finally comes to the United States to stay, he finds himself just as rootless as before, moving from New Mexico to Arizona to California to Massachusetts in quick succession. His accounts of life on the campuses of Berkeley and Harvard during the tumultuous 1960s reveal much about the country's climate during the Cold War era.
Eventually the "Gringo" comes home, finding the stability in his marriage and career that allows him to work through and proudly claim his identity as a "global nomad.