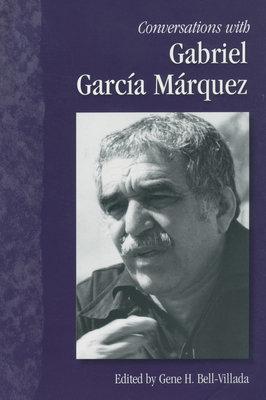 Gabriel Garc a M rquez (b. 1927) is a sophisticated literary artist with broad popularity. His masterpiece, One Hundred Years of Solitude, has sold tens of millions of copies worldwide. In 1982, he received the Nobel Prize for Literature.

Conversations with Gabriel Garc a M rquez starts with the years of his early phenomenal success and continues through his most recent, turn-of-the-century exchanges. He speaks of his impoverished childhood, his life as an indifferent student, his apprenticeship as a journalist, the inspiration that led to the writing of his most renowned novel, the difficulties brought by fame, and his leftist opinions. Works such as The Autumn of the Patriarch, Love in the Time of Cholera, The General in His Labyrinth, and News of a Kidnapping are discussed in detail.

When interviewed by Hispanic journalists, Garc a M rquez chats spontaneously and frankly about all sorts of topics, including himself. Those conversations, translated into English for the first time, offer a fascinating glimpse of the Colombian genius at his most down-to-earth, informal, and relaxed. Taken together with seminal pieces from the Atlantic Monthly, the New York Times Book Review, and other English-language periodicals, Conversations with Gabriel Garc a M rquez offers a nuanced, multi-faceted view of one of contemporary literature's greatest masters.

Gene H. Bell-Villada of Williamstown, Massachusetts, is chair of the Department of Romance Languages at Williams College and the author of National Book Critics Circle Award finalist Art for Art's Sake & Literary Life: How Politics & Markets Helped Shape the Ideology and Culture of Aestheticism, 1790-1990, and Overseas American: Growing Up Gringo in the Tropics (University Press of Mississippi).