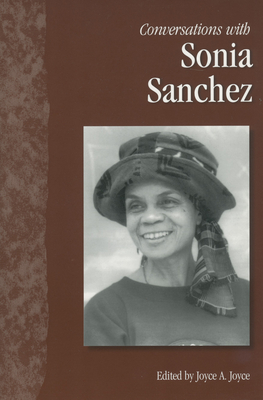 Conversations with Sonia Sanchez is a diverse collection of engagements with poet, teacher, and activist Sonia Sanchez. While it is common to associate Sanchez with the Black Arts Movement of the 1970s, these interviews reveal that Sanchez is a poet whose craft and subjects have evolved over three decades. The interviews from 1979 to 2005 include a previously unpublished interview conducted by the editor specifically for this book. Taken together, the pieces illuminate Sanchez's conscious and consistent work at honing her craft, her skill at raising the highly political to the level of art, and her engagement with black studies and women's studies.

In these interviews, we see how her travels, her career as a teacher, and her work as a mother, as a political activist, and as a cultural critic have changed her writing. Her experiences in women's studies and her friendships with other artists--such as Toni Morrison, Chinua Achebe, Margaret Walker, Ngugi wa Thiong'o, and Amiri Baraka--have all influenced her poetry.