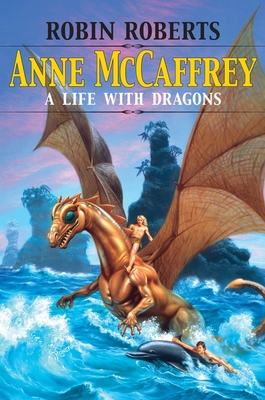 A Life with Dragons

Anne McCaffrey: A Life with Dragons is the biography of a writer who vividly depicted alien creatures and new worlds. As the author of the Dragonriders of Pern series, McCaffrey (1926-2011) was one of the most significant writers of science fiction and fantasy. She was the first woman to win the Hugo and Nebula awards, and her 1978 novel The White Dragon was the first science-fiction novel to appear on the New York Times hardcover bestseller list. This biography reveals a fascinating and complex figure, one who created and re-created her fiction by drawing on life experiences. At various stages, McCaffrey was a beautiful young girl who refused to fit into traditional gender roles in high school, a restless young mother who wanted to write, an American expatriate who became an Irish citizen, an animal lover who dreamed of fantasy worlds with perfect relationships between humans and beasts, and a wife trapped in an unhappy marriage just as the women's movement took hold. Author Robin Roberts conducted interviews with McCaffrey, her children, friends, and colleagues, and used archival correspondence and contemporary reviews and criticism. The biography examines how McCaffrey's early interests in theater, Slavonic languages and literature, and British history, mythology, and culture all shaped her science fiction. The book is a nuanced portrait of a writer whose appeal extends well beyond readers of her chosen genre.

Robin Roberts is professor of English and gender studies at the University of Arkansas. She is author of several books on gender and popular culture, including Subversive Spirits: The Female Ghost in British and American Popular Culture and Ladies First: Women in Music Videos and coauthor (with Leslie A. Wade and Frank de Caro) of Downtown Mardi Gras: New Carnival Practices in Post-Katrina New Orleans, all published by University Press of Mississippi.
Loading...
or
Not Currently Available for Direct Purchase