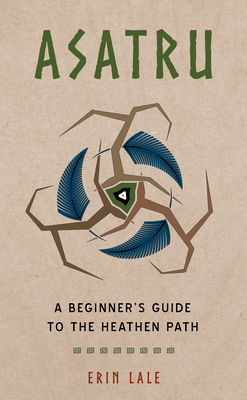 A Beginner’s Guide to the Heathen Path

A clear and simple introduction to the history, beliefs, rituals, and gods and goddesses of this popular form of Neo-Pagan belief drawn from ancient northern European traditions.

Asatru is a modern pagan tradition whose roots lie in the ancient myths, folklore, sagas, and historical artifacts of those who lived in pre-Christian times in what is now Iceland, Scandinavia, Scandinavian-influenced Scotland, Germany, and other parts of northern Europe. In Asatru, author and longtime practitioner of Asatru Erin Lale provides readers an accessible introduction to this heathen religion, one of the fastest growing religions in United States and Europe. The book includes these key topics:

Readers new to Asatru and experts alike will find this book to be an invaluable resource in understanding this heathen tradition.

Erin Lale is the author of Asatru for Beginners (on which this book is based) and other books. She was sworn to Freya as Priestess in 1989, was given to Sigyn, and is a Bride of Odin and his brothers (Honir, Lodhur, Loki). She is the former editor and publisher of Berserkrgangr magazine, and writes the Pagansquare blog “Gnosis Diary: Life as a Heathen.”
Loading...
or support indie stores by buying on