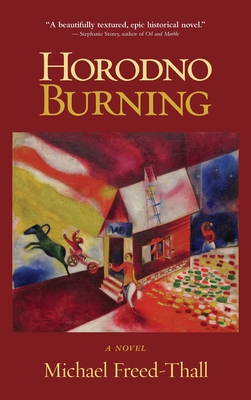 In the Russian Empire's Pale of Settlement, Esther Leving, a brilliant young bibliophile, chafes at male dominance, religious dogma, and antisemitism. Bernard Garfinkle, a religious Jew and the son of a vodka distiller, hides a shameful secret-in a culture that worships books, he can't read. Despite their differences, they fall in love. Esther teaches Bernard to read and he in turn builds her a bookshop. They start a family, but when ferocious pogroms target Russian Jews, they must confront violent oppression.

Exploring the turbulent history of the late 19th century that led to the migration of one-and-a-half million Jews from czarist Russia to America, Horodno Burning is a love letter to literature, freedom, and Jewish survival.