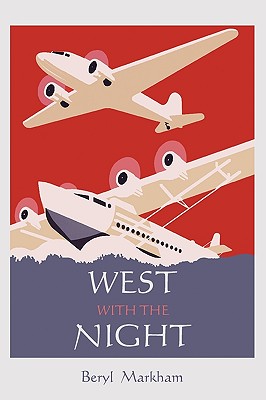 West with the Night

2010 Reprint of 1942 First Edition. Markham is often described as "the first person" to fly the Atlantic east to west in a solo non-stop flight, though most now dispute this claim. When Markham decided to take on the Atlantic crossing, no pilot had yet flown non-stop from Europe to New York, and no woman had made the westward flight solo, though several had died trying. Markham hoped to claim both records. On September 4, 1936, she took off from Abingdon, England. After a 20-hour flight she crash-landed at Baleine Cove on Cape Breton Island, Nova Scotia. In spite of falling short of her goal, Markham had become the first woman to cross the Atlantic east-to-west solo, and the first person to make it from England to North America non-stop. She was celebrated as an aviation pioneer. Markham chronicled her many adventures in her memoir, West with the Night, published in 1942. Despite strong reviews in the press, the book sold modestly, and then quickly went out of print. After living for many years in the United States, Markham moved back to Kenya in 1952, becoming for a time the most successful horse trainer in the country.