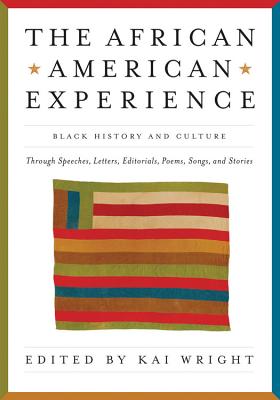 This wide-ranging archive, capturing more than four centuries of African American history and culture in one essential volume, is at once poignant, painful, celebratory, and inspiring.

The African American Experience is a one-of-a-kind and absolutely riveting collection of more than 300 letters, speeches, articles, petitions, poems, songs, and works of fiction tracing the course of black history in America from the first slaves brought over in the 16th century to the events of the present day. All aspects of African American history and daily life are represented here, from the days of abolition and the Civil War to the Civil Rights movement and the current times. Organized chronologically, here are writings from the great political leaders including Frederick Douglass, Martin Luther King, Jr., Malcolm X, Jesse Jackson, and Barack Obama; literary giants including Langston Hughes, Gwendolyn Brooks, Toni Morrison, Alice Walker, James Baldwin, and bell hooks; scholars such as Cornel West and Henry Louis Gates, Jr.; artists including Miles Davis, Billie Holiday, Wynton Marsalis, Run-DMC, the Sugar Hill Gang, and Chuck Berry; athletes such as Muhammad Ali and Jackie Robinson; and many more.

A new introduction by Kai Wright provides overall context, and introductory material for each document delineates its significance and role in history. This edition features all new and updated material.

Kai Wright is a writer and editor whose work explores the politics of sex, race, and health. He contributes to a variety of independent and community-based publications ranging from Mother Jones to Essence magazine. He is the author of Drifting Toward Love: Black, Brown, Gay and Coming of Age on the Streets of New York (Beacon Press) and Soldiers of Freedom (Black Dog & Leventhal). He lives in Brooklyn, New York.
or
Not Currently Available for Direct Purchase