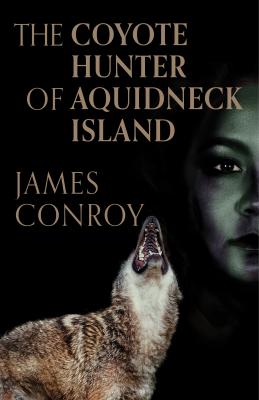 Only when he meets a professional hunter does Micah LaVeck learn the most precious lessons about living.

His town on Aquidneck Island is beset with a flourishing coyote population. Residents are divided on how to cope. The mayor of Middletown offers a compromise: a lone professional hunter acting humanely and discreetly in concert with the Conservation Department’s Division of Fish and Wildlife.

Micah isn’t the only one surprised when the hunter turns out to be a Native American from a local tribe, and a woman. For Micah, there is more to Kodi Red Moon than meets the eye, and he is intrigued. A relationship, however, seems improbable. He’s an older bachelor, retired federal civil servant, and semi-incapacitated with a nerve and muscle disease. She’s younger, athletic, exotic, and an army-trained sniper.

Her initial hunts are successful, but despite the mayor’s attempt to curtail publicity, it’s a small island. What isn’t seen on town streets is observed over hedges and across ponds. Conflicting factions emerge on more than two sides. Local amateur hunters want their crack at the “fair game.” Reporters scream freedom of the press and want details. As the entire operation starts to unravel, Kodi and Micah are bonding more and more each day and with each hunt. Nature is a force. So is love. They both have lessons to learn.

JAMES CONROY is a widely published author of a collection of poems and six previous novels. A regular contributor to local, national, and international literary journals, he is often asked for editorial input and to judge contests. After careers in New York and Chicago, James currently resides with his wife, Helen, on Aquidneck Island, where he continues to write, edit, and tutor English, poetry, and creative writing. As a native Long Islander, he is very proud to be associated with The Permanent Press of Sag Harbor.