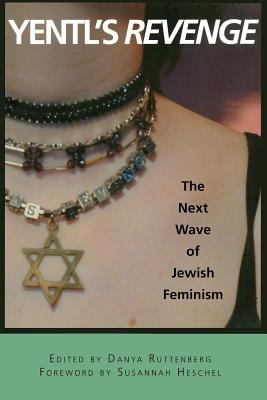 The Next Wave of Jewish Feminism (Live Girls)

Thanks in large part to the struggles of their activist foremothers, today’s young Jewish women have a dizzying array of spiritual options. Yentl’s Revenge chronicles a range of experiences lived by an entire generation of women, from Judeo-pagan witches to young Orthodox mothers, from rabbis to sex educators.

Contributors ponder Jewish transgenderdom, Jewish body image, Jewish punk, the stereotype of the Jewish American Princess, intermarriage, circumcision, faith, and intolerance. Essays include "Bubbe Got Back: Tales of a Jewish Caboose” by Ophira Edut, and "On Being a Jewish Feminist Valley Girl” by Tobin Belzer.

An associate editor for Lilith magazine, Danya Ruttenberg is also a poet and journalist who lives in San Francisco.

Susannah Heschel, editor of On Being a Jewish Feminist, lives in New York City.