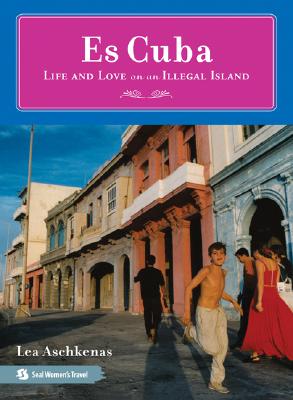 Life and Love on an Illegal Island

Es Cuba is a poignant and passionate travel memoir about falling in love with a country and one of its compatriots. Aschkenas never strays from her acute awareness that there is no way to separate her foreignness (intensified by U.S.-Cuba relations) from the complex mix of emotions, devotion and rejection, enrapture and apprehension that she develops toward the country.

Her tale is filled with beautifully woven descriptions of Cuba and the customs and habits of its people. Aschkenas is a discerning observer, taking in the innocence, isolation, contradictions, and resolute optimism of a people who have persevered against the collective disappointment bestowed upon them by a government that has been unable to deliver the utopia promised by socialism.

Aschkenas, already a seasoned traveler by the time she arrives in Cuba for the first time in 1999, is overcome by her own passion for Cuba and her unraveling affection for Alfredo as she comes to appreciate his naïveté, sincerity, and ability to live for the moment, something she comes to realize is the effect of growing up in a culture where nothing is ever certain.

Lea Aschkenas has written book reviews and articles for the Washington Post Book World, San Francisco Chronicle Book Review, salon.com, and Ms. Her travel writing has been published in Outside and the San Francisco Bay Guardian and her poetry has appeared in the Maryland Poetry Review and Beside the Sleeping Maiden: Poets of Marin. Aschkenas works at a public library and teaches poetry at public schools. She lives in the Bay Area with her husband, Alfredo.
Loading...
or support indie stores by buying on