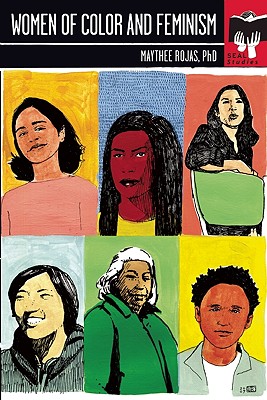 Women of Color and Feminism

In this Seal Studies title, author and professor Maythee Rojas offers a look at the intricate crossroads of being a woman of color. Women of Color and Feminism tackles the question of how women of color experience feminism, and how race and socioeconomics can alter this experience. Rojas explores the feminist woman of color's identity and how it relates to mainstream culture and feminism. Featuring profiles of historical women of color (including Hottentot Venus, Josefa Loaiza, and Anna Mae Pictou-Aquash), a discussion of the arts, and a vision for developing a feminist movement built on love and community healing, Rojas examines the intersectional nature of being a woman of color and a feminist. Covering a range of topics, including sexuality, gender politics, violence, stereotypes, and reproductive rights, Women of Color and Feminism offers a far-reaching view of this multilayered identity.

This powerful study strives to rewrite race and feminism, encouraging women to "take back the body" in a world of new activism. Women of Color and Feminism encourages a broad conversation about race, class, and gender and creates a discourse that brings together feminism and racial justice movements.

Praise For Women of Color and Feminism: Seal Studies…

"Using examples from history, pop culture, and the Internet Rojas-a professor of women's, gender and sexuality studies-offers insight into the experience of being both a feminist and racially othered."
—Ms.

Maythee Rojas is an associate professor in Women Studies at California State University, Long Beach. She received her Ph.D. in English from Arizona State University. Her research specializations include Chicana/o & Latina/o literature and Gender and Sexuality Studies. She is currently completing a manuscript on the uses of the erotic in Chicana literature, entitled Following the Flesh: Embodied Transgressions in Chicana Literature. Dr. Rojas’s work has appeared in Frontiers, MELUS, Women’s Studies Quarterly and reference books such as Notable American Women, Encyclopedia of Latino Popular Culture, and Latinas in the United States: A Historical Encyclopedia. She also sits on the Board of Directors for the National Association of Ethnic Studies (NAES).
Loading...
or support indie stores by buying on