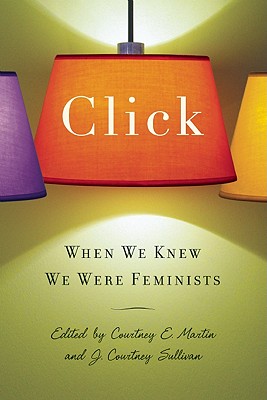 When We Knew We Were Feminists

When did you know you were a feminist? Whether it happened at school, at work, while watching TV, or reading a book, many of us can point to a particular moment when we knew we were feminists. In Click, editors Courtney E. Martin and J. Courtney Sullivan bring us a range of women—including Jessica Valenti, Amy Richards, Shelby Knox, Winter Miller, and Jennifer Baumgardner—who share stories about how that moment took shape for them.

Sometimes emotional, sometimes hilarious, this collection gives young women who already identify with the feminist movement the opportunity to be heard—and it welcomes into the fold those new to the still-developing story of feminism.

J. Courtney Sullivan lives in New York City. Her writing has appeared in the New York Times, Allure, Tango, and the New York Observer.
Loading...
or
Not Currently Available for Direct Purchase