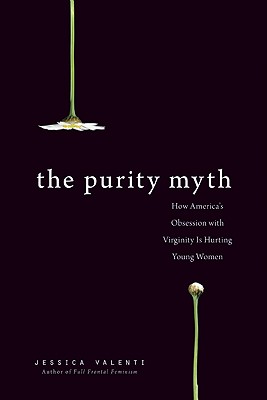 How America's Obsession with Virginity Is Hurting Young Women

From the bestselling author of Sex Object, a searing investigation into American culture's obsession with virginity, and the argument for creating a future where women and girls are valued for more than sexuality

The United States is obsessed with virginity--from the media to schools to government agencies. In The Purity Myth, Jessica Valenti argues that the country's intense focus on chastity is damaging to young women. Through in-depth cultural and social analysis, Valenti reveals that powerful messaging on both extremes--ranging from abstinence-only curriculum to "Girls Gone Wild" infomercials--place a young woman's worth entirely on her sexuality. Morals are therefore linked purely to sexual behavior, rather than values like honesty, kindness, and altruism. Valenti sheds light on the value--and hypocrisy--around the notion that girls remain virgins until they're married by putting into context the historical question of purity, modern abstinence-only education, pornography, and public punishments for those who dare to have sex. The Purity Myth presents a revolutionary argument that girls and women are overly valued for their sexuality, as well as solutions for a future without a damaging emphasis on virginity.

Jessica Valenti is the author of multiple books on feminism, politics and culture, and editor of the anthology Yes Means Yes: Visions of Female Sexual Power and a World Without Rape.

Jessica is also the founder of Feministing.com, which Columbia Journalism Review called "head and shoulders above almost any writing on women's issues in mainstream media."

Her writing has appeared in publications like the New York Times, the Washington Post, the Nation, and Ms. magazine. She is currently a columnist at the Guardian US. Jessica lives in Brooklyn with her husband and daughter.
Loading...
or support indie stores by buying on