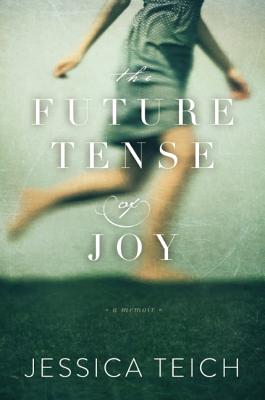 The Future Tense of Joy (Hardcover)

"Jessica Teich's understanding of trauma is the infallible authority upon which her tale rests. But the delicacy and nuance with which she renders this story is that of a poet."
--MERYL STREEP

Jessica Teich was among the first wave of women to expose Hollywood's culture of harassment and abuse. Her memoir, The Future Tense of Joy, tells the inspiring story of her own recovery from trauma, empowering other victims to move past silence and shame toward help, healing, and hope.

Teich writes openly, courageously, of the challenges facing so many survivors: to feel safe, to find love, to nurture optimism and resilience, and to reclaim the sense of connection--of belonging--that defines us as human beings.

Kirkus called The Future Tense of Joy "an honest, compassionate memoir about shaking off personal demons." Library Journal said, "Teich looks at motherhood, depression, the effect of damaging relationships, and the challenges placed on successful, driven women. She does so with grace and openness, even while exploring painful parts of her past." (starred review)

The Future Tense of Joy belongs with classics of the genre-from Eat, Pray, Love and The Glass Castle to Wild-that celebrate the triumph of truth-telling and the redeeming power of love. Lyrical, funny and brave, Teich's book speaks to anyone eager to emerge from the long shadow of betrayal to find love, liberation, and joy.

Jessica Teich graduated summa cum laude from Yale and received an M.Phil degree from Oxford, where she was a Rhodes scholar. Her previous book, Trees Make The Best Mobiles: Simple Ways To Raise Your Child In A Complex World, appeared in Vanity Fair, People, Us, and The Chicago Tribune, and was featured on the Today show. For almost a decade, Teich worked as a literary manager at the Mark Taper Forum, commissioning and developing plays. She subsequently received a grant to write and direct a movie for the Directing Workshop for Women at the American Film Institute. Teich served as head of the Biography committee for the Los Angeles Times Book Prize, and her articles have appeared in The Washington Post, the Los Angeles Times, and numerous other publications. She lives in Los Angeles with her husband, two daughters, and dog.
or
Not Currently Available for Direct Purchase
Copyright © 2020 American Booksellers Association