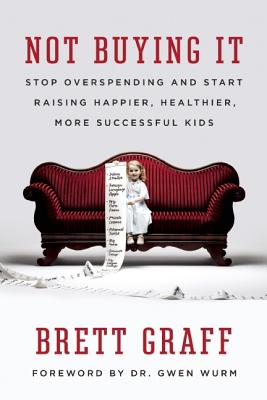 Not Buying It (Paperback)

Brett Graff, the Home Economist, is a former U.S. government economist and correspondent for Reuters who writes on the psychology of consumer spending. Her writing is published in the Miami Herald, Chicago Tribune, Kansas City Star, Detroit News, and has been featured in Glamour, Good Housekeeping, American Baby, Redbook, Maxim, Ladies Home Journal, First for Women, Cosmopolitan, Women s Health, and the Los Angeles Times. She has also written for Forbes.com, Learnvest.com, the Nest, the Knot, and the Bump. Her television segment, The Home Economist, ran for four seasons on Nightly Business Report, and Brett has made appearances on CNN, CNBC, Headline News, France 2, and each of the Miami ABC, NBC, and CBS affiliates. Brett is a wife, a mother of two young girls and a recovering PTO officer, where she learned in the trenches that traditional economists are wrong in assuming people are rational shoppersparticularly if those people happen to be parents."
or
Buy Here
Copyright © 2020 American Booksellers Association