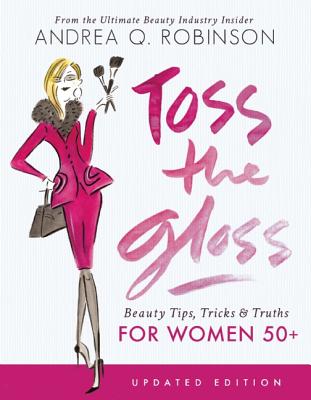 Andrea Q. Robinson is known for her many leadership positions in the cosmetics industry. She directed and served as president of several of the industry's most outstanding luxury brands, including Ralph Lauren, Tom Ford, Prescriptives, Ultima II, Helena Rubenstein, Germaine Monteil, Alexandra de Markoff, and Bill Blass. She also served as Chief Marketing Officer of Estée Lauder and consulting CEO for a line of cosmetics in development for one of the world's most well-known makeup artists. Prior to her corporate positions, she was a magazine editor for Vogue, Mademoiselle, and Seventeen, where she created and reported on both beauty and fashion trends and discovered and developed several of the industry's biggest talents, including makeup master Kevyn Aucoin.

Andrea's mission in the beauty business has always been to help women look like and be themselves—only better. This concept has driven her creation of revolutionary industry trends and fostered her passionate interest in cosmetics for her generation. She has been recognized as an innovative business leader whose skill set has helped redefine the concept of beauty for the modern woman. Andrea has served on the boards of Cosmetic Executive Women and The Fashion Group International and has received multiple awards such as Cosmetic Executive Women's "Legends and Leaders" award, Women’s Wear Daily's "Marketing Innovator of the Year" award, and several back-to-back FiFi awards (the Oscars of the beauty industry) for "Fragrance Star of the Year."

Andrea has two children and lives in New York City.

Chesley McLaren is a designer and illustrator whose clients include Chanel, Louis Vuitton, Ferragamo, Bergdorf Goodman, the Metropolitan Museum of Art, and The Carlyle. She is based in New York City.
Loading...
or
Not Currently Available for Direct Purchase