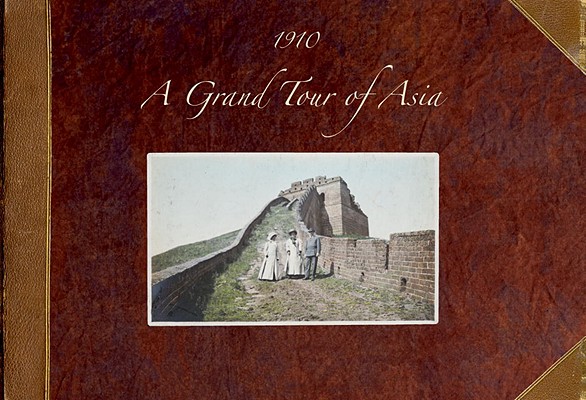 A GRAND TOUR OF ASIA recreates a time and a place that no longer exists except in the lyrical images so lovingly preserved by the lens of a wandering American, and so wryly captured in the prose of his mysterious companions nearly a century ago. Christian Rub, a character actor in Hollywood films, presented the intriguing album to its current owner, Hania Tallmadge, in 1949, when she was a child.A historically unique collection of photographs taken in the spring of 1910 on a four-month tour of the Far East, presented in an exquisite facsimile edition of the album in which they were originally discovered.Includes more than 150 images reproduced in their actual size, their hand-tinted colors authentic and un-retouched. Even the handwritten script has been carefully replicated.Who was the amateur shutterbug with the refined sense of composition? Who were his three stalwart companions? In particular, who was the album's unnamed commentator?A GRAND TOUR OF ASIA is a unique gift for lovers of photography, travel, history, and mystery, and for collectors of antiques and Asian art.Reviews"It's a charming and revealing document of West meeting East." -San Francisco Chronicle

HANIA TALLMADGE has owned the album since childhood when she received it as a gift from a family friend. She lives in Santa Barbara, California.

BEVERLEY JACKSON is an esteemed art and cultural historian who specializes in Chinese art and costume. She tours and lectures on Asian art from her home in Santa Barbara, California.
Loading...
or
Not Currently Available for Direct Purchase