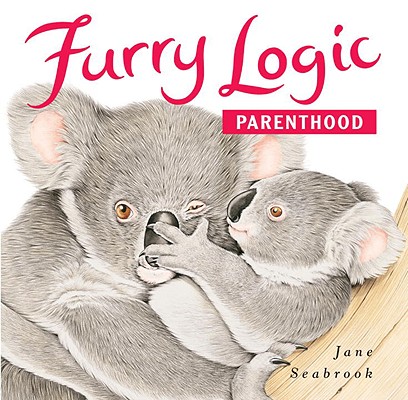 From the author-illustrator of the best-selling FURRY LOGIC comes a book of smile-provoking, truth-telling adages just for parents. Accompanied by touching water-color paintings of the most expressive animals you've ever seen, FURRY LOGIC PARENTHOOD will speak to the hearts, souls, and funny bones of anyone who's experienced the joys of being a mom or dad. Seabrook's paintings uncannily capture the highs and lows, loves and fears that all parents feel. Her koalas, giraffes, bald eagles, rabbits, and owls are rendered in delicate and biologically accurate detail using a tiny sable brush with a single hair at its tip. Cleverly complementing the paintings are sayings such as “Your children are growing up when they stop asking where they came from . . . and refuse to tell you where they're going” and “A perfect example of minority rule is a baby in the house.” Parents will find their inmost thoughts perfectly expressed within the pages of FURRY LOGIC PARENTHOOD.A humorous collection of quotes and drawings that capture the emotional essence of being a parent.An ideal gift for Mother's Day, Father's Day, baby showers, or just to perk up any parent's day.FURRY LOGIC has sold more than 130,000 copies.A six-copy counter display is available free with every order of six or more copies of FURRY LOGIC PARENTHOOD.

JANE SEABROOK is a designer and illustrator who, in recent years, has focused on paintings of wildlife. She lives in Auckland, New Zealand, with her husband, two teenage children, and four cats--three adorable seal-point Birmans named Fizz, Bean, and Maisie, and one elderly British blue named Philby.
or
Not Currently Available for Direct Purchase
Copyright © 2020 American Booksellers Association