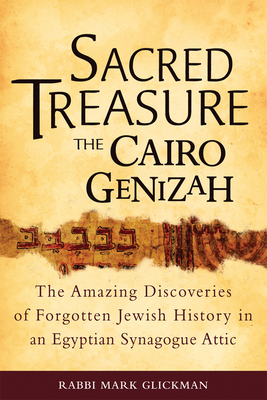 Indiana Jones meets The Da Vinci Code in an old Egyptian synagogue--the amazing story of one of the most important discoveries in modern religious scholarship.

In 1896, Rabbi Solomon Schechter of Cambridge University stepped into the attic of the Ben Ezra Synagogue in Cairo, Egypt, and there found the largest treasure trove of medieval and early manuscripts ever discovered. He had entered the synagogue's genizah--its repository for damaged and destroyed Jewish texts--which held nearly 300,000 individual documents, many of which were over 1,000 years old.

Considered among the most important discoveries in modern religious history, its contents contained early copies of some of the Dead Sea Scrolls, early manuscripts of the Hebrew Bible, and other sacred literature. The importance of the genizah's contents rivals that of the Rosetta Stone, and by virtue of its sheer mass alone, it will continue to command our attention indefinitely.

This is the first accessible, comprehensive account of this astounding discovery. It will delight you with its fascinating adventure story--why this enormous collection was amassed, how it was discovered and the many lessons to be found in its contents. And it will show you how Schechter's find, though still being "unpacked" today, forever transformed our knowledge of the Jewish past, Muslim history and much more.