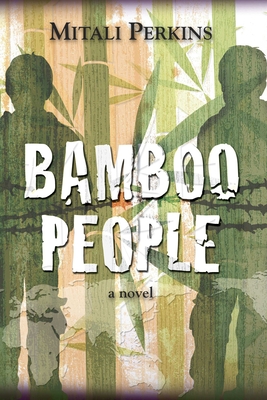 Bang! A side door bursts open.

Soldiers pour into the room. They’re shouting and waving rifles.

I shield my head with my arms. It was a lie! I think, my mind racing.

Girls and boys alike are screaming. The soldiers prod and herd some of us together and push the rest apart as if we're cows or goats.

Their leader, though, is a middle-aged man. He’s moving slowly, intently, not dashing around like the others. “Take the boys only, Win Min,” I overhear him telling a tall, gangly soldier. “Make them obey.”

Chiko isn’t a fighter by nature. He’s a book-loving Burmese boy whose father, a doctor, is in prison for resisting the government. Tu Reh, on the other hand, wants to fight for freedom after watching Burmese soldiers destroy his Karenni family’s home and bamboo fields.

When Chiko is forced into the Burmese army and subsequently injured on a mission, the boys’ lives intersect. Timidity becomes courage and anger becomes compassion as both boys discover that everything is not as it seems. Mitali Perkins delivers a touching story about hopes, dreams, and the choices that define who we are.

Mitali Perkins is the author of several novels for children, including Secret Keeper, The First Daughter series, Rickshaw Girl, Monsoon Summer, and The Not So Star-Spangled Life of Sunita Sen. She lives in California.
Loading...
or support indie stores by buying on
(This book is on backorder)