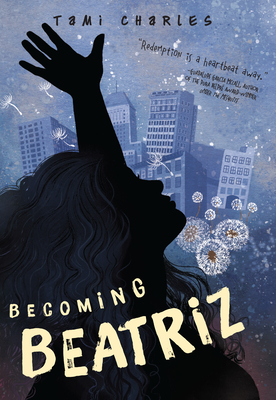 ♦ It's 1984, and 15-year-old Beatriz Mendez knows there is a rule she cannot break: "blood in, blood out." Members of the Diablos, a Puerto Rican gang in her neighborhood of Newark, N.J., get jumped as initiation--and leaving the gang usually means being killed in the streets. Beatriz's older brother, Juan "Junito," is the leader of the Diablos; when he and Beatriz are attacked by the Haitian Macoutes, a rival gang, Junito is gunned down and Beatriz is beaten. Having watched her brother die, Beatriz's priorities shift drastically. Her dream of becoming a dancer like Debbie Allen is put on hold as the pressure to return to the gang builds--"time to start thinking 'bout getting back in the game, princesa"--forcing her to think about the street violence in which she has taken part.

With Junito gone, the Diablos' new leader, DQ, has big plans to up the ante in the fight against the Macoutes. As Beatriz tries to break ties with the Diablos, and begins a friendship with a new boy at school named Nasser, someone starts leaving her photographs with mysterious messages written in Creole. Slowly losing the trust of the Diablos, with the danger of being jumped by the Macoutes at every turn, Beatriz is torn between finding a form of safety in her old life and escaping violence by embracing her love of dance.


Tami Charles's beautifully written follow-up to Like Vanessa creates a believable character in Beatriz, one with an intensity of spirit likely to draw in fans of Elizabeth Acevedo and Tiffany D. Jackson. With its realistic portrayal of life in Newark in the 1980s, Charles's author's note reveals the parts of her own life that inspired Beatriz's story. --Clarissa Hadge, bookstore manager, Trident Booksellers & Cafe, Boston, Mass.

Discover: In this rhythmic teen read, after witnessing her brother's death, 15-year-old Beatriz must choose between her life as a gang member or moving forward to a life without violence as a dancer.—Shelf Awareness, starred review

♦ In a city where "cocaine is king," can a teenage gang leader dare to dream of another life? Newark, New Jersey. 1984. Beatriz Mendez and her older brother, Junito, lead the powerful Latin Diablos gang. Everything changes on Beatriz's 15th birthday when a Haitian gang leaves Junito for dead and Beatriz badly injured. A Like Vanessa (2018) spinoff, this page-turner opens dramatically with a visceral fight scene that introduces a fierce protagonist. Beatriz is a Spanglish-speaking Puerto Rican badass with "a blade tucked inside [her] cheek…to use on anybody who tries to step." In the aftermath of Junito's death, Beatriz struggles to maintain her standing as a Diabla, raise her grades (mostly D's and F's), and support her grief-stricken zombie of a mother. Though "dancing ain't gonna pay the bills," she allows her childhood dream of becoming a dancer to glimmer through her tough exterior each week when watching her favorite TV show, Fame. Told in the first person, this narrative is full of passion and humor, with flashbacks rooted in Beatriz's beloved salsa music. Realistic newsprint clips effectively add context. A friendship/romance with a new boy contributes depth while avoiding predictability. As Beatriz transcends her trauma and self-doubt—"No such thing as a gangbanger turned famous dancer"—readers experience a necessary portrayal of a young Afro Latina woman who makes her own path, one that isn't straightforward, told in an extremely realistic voice. Inspiring and fresh. —Kirkus Reviews, starred review

2. Discuss Junito’s secret. Given the historic and cultural setting, what would happen if his secret was revealed?

3. Beatriz is certainly attracted to Nasser, but what else does he represent to her?

4. When truths begin to reveal themselves to Beatriz, her world shatters a little bit. But she still has dance. Would you call that an escape or a destination?

5. Throughout this book, faux newspaper articles are reproduced in the pages, giving a media perspective on the events of Beatriz’s life. What do you notice about the tone, format, and scope of these articles? How do they paint a different or similar portrait of Beatriz’s life compared to her own words?

6. Each flashback scene is formatted like a track in a music album (Track Five: Dance of the Rumba, December 8, 1983, for example). What does this say about the relationship between music, memory, and history?

7. Writing is an important part of Mami’s healing process. What do you think of the difference between her poems and Beatriz’s poems? Is there anything about Mami’s writing that surprises you? Why or why not?

8. Becoming Beatriz opens with a violent episode. What do you think about how this sets the tone and pace of the story?

9. Why does Beatriz refuse to tell the police about what happened with Junito and the Macoutes?

10. “Two feelings break out in a war—hate and loyalty. And honestly, I can’t shake either.” Discuss this phrase: What is Beatriz’s mindset when she thinks it? How does it resonate with your own life?

11. Discuss Beatriz’s adult role models. Does she have strong relationships with them? Why does Beatriz resist connection with the adults in her life?