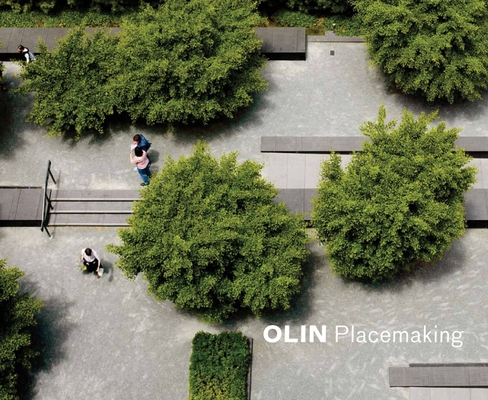 With increased attention to sustainability and environmental concerns, landscape architects now lead teams of urban planners and architects in developing new outdoor space and reconfiguring existing designs. As the preeminent landscape architecture firm in the United States, Olin is at the forefront of this movement with completed projects across the country and in Europe. The firm was awarded the gold medal of the American Society of Landscape Architects, the profession's highest honor, in 2006.

Well-known for the restorations of Bryant Park behind the New York Public Library and the landscape of the Washington Monument, Olin is also recognized for the dramatic transformation of a derelict, brownfield site into the vibrant Canary Wharf, now the financial center for all Europe, and for the landscape design of the J. Paul Getty Center in Los Angeles and Columbus Circle in New York. The firm has also designed sculpture gardens for the National Gallery of Art in Washington, D.C., and the Toledo Museum of Art in Toledo, Ohio.

In dialogues with noted colleagues and collaborators, each of the partners articulates a personal vision and philosophy of landscape and design. Laurie Olin, founding partner, speaks with the poet Michael Palmer, while Susan Weiler reflects on her collaboration with artist Jenny Holzer. Other dialogue participants are Kim Tripp, former director of the New York Botanical Garden; Niall Kirkwood, chair of the landscape architecture department at Harvard; Sean Timmons, founder of Simmons Design Engineering; and Charles Waldheim, a leading proponent of landscape urbanism. Taken together, these conversations provide a unique window into the creative process.

John R. Stilgoe, Robert and Lois Orchard Professor in the History of Landscape at Harvard University, is the author of numerous books, including Train Time, Outside Lies Magic, Lifeboat, and Landscapes and Images. The author lives in Philadelphia, PA.
Loading...
or
Not Currently Available for Direct Purchase