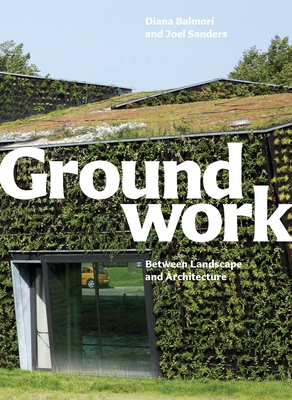 Between Landscape and Architecture

What these projects all have in common is a desire to pay attention and homage to the liminal space where indoors and outdoors meet. The critical connection between natural and synthetic, exterior and interior space, paves the way toward a more inclusive—and indeed more alive—conceptualization of the physical world.

Praise For Groundwork: Between Landscape and Architecture…

"With Groundwork, [architect Joel Sanders] and the landscape architect Diana Balmori accomplish on paper what they’d like other designers to attempt in the world: a demonstration of the seamless unity of nature and culture that is demanded in an age of increasing environmental threat. The authors believe that green materials and technologies provide a common medium for interdisciplinary design approaches, just as glass and steel defined the inside/outside continuity of modernism. Much of the book is made up of their examples: from a Parisian house buried among 1,200 hydroponic ferns to a sculpture park built on a former brownfield along Seattle’s waterfront to the authors’ own design for an equestrian facility that morphs into a public park, which they proposed for New York’s 2012 Olympics bid." —Julie Lasky, Designers & Books

Diana Balmori (1932–2016) was a landscape and urban designer who founded Balmori Associates in 1990. Joel Sanders is principal of Joel Sanders Architect and teaches at Yale University.
Loading...
or
Not Currently Available for Direct Purchase