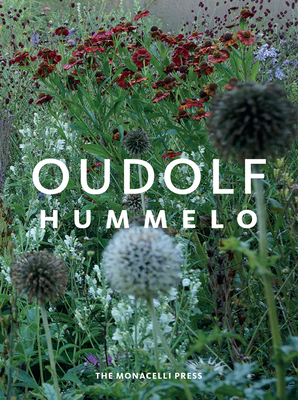 “An updated version of the original . . . reflects important new commissions and directions for Oudolf.”
—The Washington Post

“Even if you already have the original of this book, you'll want to consider this new, expanded paperback version that includes 13 recent projects shown here for the first time, along with Piet Oudolf's new strategies for design and plant selection. . . . With 350 photographs, the book is an encyclopedia of Oudolf's planting style and his philosophy of looking to the natural world for inspiration.”
—Garden Design Online

“To mark his 70th birthday, Piet Oudolf, the Dutch prince of a new, highly artistic style of planting, produced a handsome, lavishly photographed book, Hummelo: A Journey Through a Plantsman’s Life, a gift to all serious lovers of garden design. His farmhouse in Hummelo, a village in the eastern Netherlands, was the modest beginning of a nursery that eventually drew customers from around the world. Written by his frequent collaborator, Noel Kingsbury—they also worked together on the indispensable Planting: A New Perspective—Hummelo isn’t a biography, but it does explain how the man who devised New York City’s Battery and High Line gardens and Chicago’s Lurie Garden did 'so much to raise the profile of landscape designers as a group.' It also sketches a fascinating history of modern Dutch gardening, largely unknown in the United States. If we truly want to heal the land, this important work is a model. And, in their adventurous, arresting, multilayered density, Oudolf’s compositions are stunningly beautiful.”
—The New York Times Book Review

“Hummelo, is something of a biography, or as close to one as Oudolf would allow. Despite being such a well-known figure in the garden world, he is a self-contained fellow. Bringing the story back to this plot of land, reflecting the evolution and changes in both Oudolf’s life and career, reinforces just how much he is a true plantsman, someone who delights in the variations and possibilities of propagating and growing.”
—Kaufmann Mercantile's “Field Notes”

“This wonderful book . . .  is a treasure.”
—Brattleboro Reformer

Noel Kingsbury is an internationally acclaimed garden writer and the author of more than 20 books (including several with Oudolf), as well as a teacher, lecturer, and garden designer. He is a regular contributor to The Daily Telegraph, The Guardian, The Garden, and Hortus, among other publications.
Loading...
or support indie stores by buying on
(This book is on backorder)