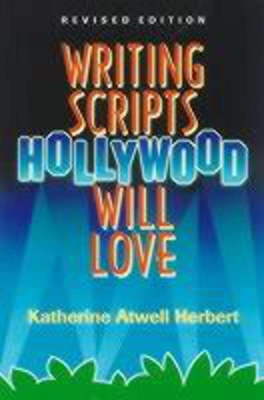 A veteran story analyst reveals what is demanded of scriptwriters in today's competitive marketplace and offers guidance on everything from the script's appearance to plot, structure, characters, dialogue, and innumerable subtle clues that shape analysts' opinions. Revised and expanded, the book provides timely coverage of opportunities on the Internet and in film festivals and contests, topped off with sample scripts and interviews with legendary and emerging professionals in the field.

After getting an agent with her very first script, Katherine Atwell Herbert moved to Los Angeles and began working in the business. At DeLaurentiis Entertainment Group, she was a script analyst and the executive assistant to the vice president of production. Later she became the development director for a production company at MGM Television and has worked with Backroads Productions preparing films for production.

She has also analyzed scripts for Fox Broadcasting, IRS Films, Carolco, and other, including Multimedia, Viacom-Showtime and Lightstorm–Jim Cameron’s company. Her scriptwriting includes episodes for Trial by Jury, Murder She Wrote, and Quantum Leap, among others. The writer-analyst has won several national and local awards for her work from the National Federation of Press Women and was nominated as an Outstanding Young Woman in America. She lives in Phoenix, Arizona.
or
Not Currently Available for Direct Purchase
Copyright © 2020 American Booksellers Association