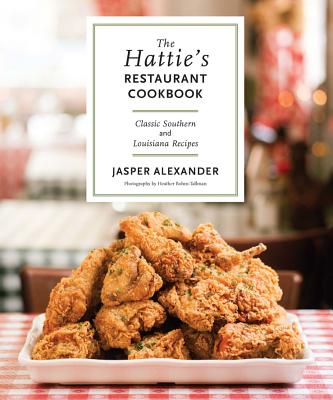 Explore Hattie’s Restaurant, from a tiny store-front venture to an iconic symbol of the Saratoga Springs community

Hattie’s Restaurant has been bringing classic Southern cooking to Saratoga Springs, New York, since 1938, when Louisiana native Hattie Gray, then a household cook, saved up enough money to start Hattie’s Chicken Shack. Now, their traditional and timeless fare can grace your kitchen with the Hattie’s Restaurant Cookbook, by Hattie’s owner and chef Jasper Alexander. This book traces the restaurant’s history from the beginning to the present through recipes, anecdotes, and photographs. From downhome jambalaya to good old-fashioned fried chicken, Alexander seamlessly intertwines Hattie’s Southern roots with nostalgic homemade tastes, including:


Enjoy these tasty Southern meals with your family and friends in the comfort of your own sweet home.

Jasper Alexander is the chef and co-owner of Hattie's Restaurant in Saratoga Springs, NY. He studied at the Culinary Institute of America and is featured regularly in regional papers. He has also made several guest appearances on local television and radio. In 2006, he appeared on Throwdown with Bobby Flay, where he beat Flay in a chicken-frying contest.
Loading...
or support indie stores by buying on