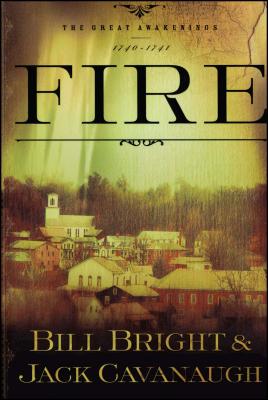 Like a deadly disease, sin has infected the American colony of Havenhill, Connecticut, and Josiah Rush seems to be the only person who sees the evil that has gripped the town. Blamed for a fire that nearly destroyed the colony seven years ago, Josiah spent seven years in exile. Now, having returned as pastor of First Church, his cries of alarm fall on deaf ears. Determined to save the town he loves, Josiah Rush endures personal attacks as he battles an insidious unseen enemy who is equally determined to use the town for its own immoral purposes.

With historical appearances by Great Awakening preachers Jonathan Edwards and George Whitefield, this novel portrays spiritual revival as the only cure for a sin-sick nation.

The late Bill Bright was founder and chairman of Campus Crusade for Christ International. He was a best-selling author of more than one hundred books and booklets including: Come Help Change the World, A Man Without Equal, and Have You Heard of the Four Spiritual Laws? which has distributed more than 2.5 billion copies.

Jack Cavanaugh is a popular historical fiction author. He has fifteen published novels which have received numerous Christian and secular awards. His novels While Mortals Sleep and His Watchful Eye won Christy Awards for excellence in Christian Fiction. The Puritans, from the American Portrait series, won an ECPA Silver Medallion Award.
Loading...
or support indie stores by buying on