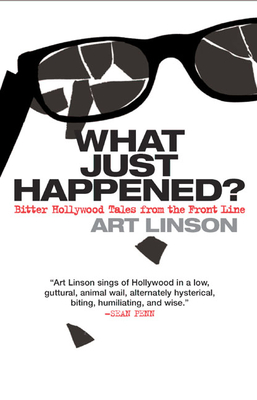 Whether he's trying to persuade an executive that Gwyneth Paltrow has enough chin to carry the lead in a movie, forcing an enraged Alec Baldwin to shave off his mountain-man beard, or sitting through an excruciating reading of a David Mamet script as Bob de Niro toys with the notion of heading up the cast, Art Linson gives us a brutally honest, funny, and comprehensive tour through the horrors of Hollywood, from script to screen. In What Just Happened? we get to explore, at close range, finicky directors, clueless executives, shameless marketers, famous actors, battered screenwriters, and hapless producers crossing paths in such calamitous ways that it's a miracle these films get made at all. Linson is the ideal guide through this heavily land-mined, high-stakes industry, pausing for a moment here or there to explain some aspect or pitfall of the business, to wax nostalgic about film days past, or to serve up a compelling inside Hollywood tale of woe. Whether you love the movies or not, you won't be able to resist the stories behind them.

Art Linson was born in Chicago and grew up in Hollywood. He has been producing movies for twenty-four years, and his credits include The Untouchables, Heat, Fast Times at Ridgemont High, Fight Club, and Scrooged. In 1995, he published his first book, A Pound of Flesh: Perilous Tales of How to Produce Movies in Hollywood.
Loading...
or
Not Currently Available for Direct Purchase