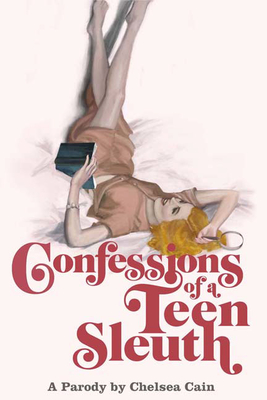 Confessions of a Teen Sleuth

"If you are reading this, then I am gone and this manuscript, per my instruction, has been delivered to the writer Chelsea Cain for publication as she sees fit..."

America's favorite girl detective is back to set the record straight. According to our titian-haired heroine, she was not a fictional character, but an intrepid real-life sleuth who investigated some of the twentieth century's biggest mysteries. And the famous series she starred in was not cooked up by a team of writers, but plagiarized from her exploits by a nosy college roommate-who, not surprisingly, got a whole lot wrong.

Here are the daring escapes, brilliant hunches, and dependable stock characters, including interlopers from numerous other beloved series, that have delighted generations of fans. And here, also, are the details of teen-sleuth life that you never saw: the secret romances, reckless driving, minor drinking problems, political action, and domestic drama that have, up till now, remained hidden from these brave detectives' adoring public.