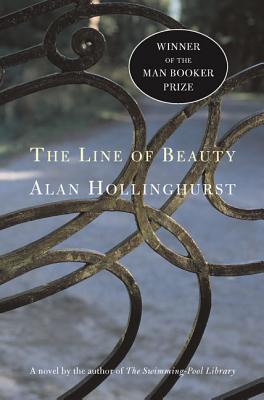 The Line of Beauty

Winner of the 2004 Man Booker Prize and a finalist for the Lambda Literary Award and the NBCC award. From Alan Hollinghurst, the acclaimed author of The Sparsholt Affair, The Line of Beauty is a sweeping novel about class, sex, and money during four extraordinary years of change and tragedy.

In the summer of 1983, twenty-year-old Nick Guest moves into an attic room in the Notting Hill home of the Feddens: conservative Member of Parliament Gerald, his wealthy wife Rachel, and their two children, Toby—whom Nick had idolized at Oxford—and Catherine, who is highly critical of her family's assumptions and ambitions.

As the boom years of the eighties unfold, Nick, an innocent in the world of politics and money, finds his life altered by the rising fortunes of this glamorous family. His two vividly contrasting love affairs, one with a young black clerk and one with a Lebanese millionaire, dramatize the dangers and rewards of his own private pursuit of beauty, a pursuit as compelling to Nick as the desire for power and riches among his friends. Richly textured, emotionally charged, disarmingly comic, this is a major work by one of our finest writers.


Praise For The Line of Beauty: A Novel…

"One can't get enough of Hollinghurst's sentences…If you value style, wit, and social satire in your reading, don't miss this elegant and passionate novel."

"A magnificent comedy of manners. Hollinghurst's alertness to the tiniest social and tonal shifts never slackens, and positively luxuriates in a number of unimprovably droll set pieces…[an] outstanding novel."

"Hollinghurst has placed his gay protagonist within a larger social context, and the result is his most tender and powerful novel to date, a sprawling and haunting elegy to the 1980s. A"

"Mr. Hollinghurst's great gift as a novelist is for social satire as sharp and transparent as glass, catching his quarry from an angle just an inch to the left of the view they themselves would catch in the mantelpiece mirror…The Line of Beauty is unlikely to be surpassed."

"Line for line, Hollinghurst's novel about London during the 1980s is the most exquisitely written book I've read in years. Witty observations about politics, society, and family open like little revelations on every page."

"Almost perfectly written…this novel has the air of a classic."

Alan Hollinghurst is the author of The Swimming-Pool Library and The Spell. He has received the Somerset Maugham Award, the E. M. Forster Award of the American Academy of Arts and Letters, and the James Tait Black Memorial Prize for Fiction. His most recent novel, The Line of Beauty, won the Man Booker Prize for fiction and was nominated for the National Book Critics Circle Award. He lives in London.
Loading...
or support indie stores by buying on