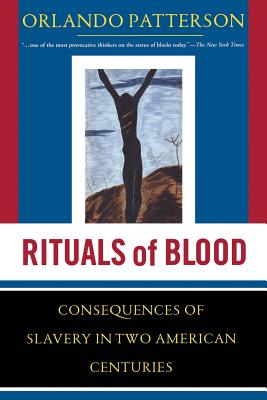 The Consequences Of Slavery In Two American Centuries

In the first essay, Patterson analyzes the very latest survey data to delineate the different attitudes, behaviors, and circumstances of Afro-American men and women, dissecting both the external and internal causes for the great disparities he finds.In the second essay, Patterson focuses on the lynching of Afro-American boys and men during the decades after Reconstruction, particularly on the substantial number of cases that constituted apparent ritual human sacrifice. As no one has done before, Patterson reveals how the complex interplay between Christian sacrificial symbolism and the deep recesses of post-bellum Southern culture resulted in some of the most shameful, barbaric events in American history.The third essay brings us into the late twentieth century, with an investigation of the various images of Afro-American men portrayed by the media. From the demigod (Michael Jordan) to the demon (Colin Ferguson) to the demigod-turned-demon (O. J. Simpson) and the crossers of racial and gender boundaries (Michael Jackson and Dennis Rodman)—all contribute to the cultural complications of our contemporary society.Rituals of Blood advances Patterson's new model of ethnic relations that opens American society to a new and freer dialogue.

Orlando Patterson is the John Cowles Professor of Sociology at Harvard University.
Loading...
or support indie stores by buying on