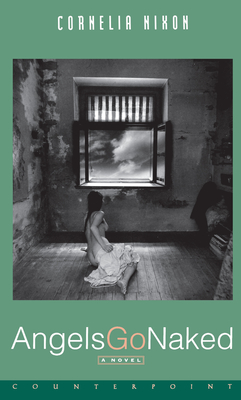 Margaret Rose is a talented but nervous violinist given to bouts of stage fright and unrequited love; Webster Hale is a biologist who, on principle, refuses to kill animals in order to study them. In Angels Go Naked, a novel told in stories, Cornelia Nixon, a writer whose gift is apparent on every page, follows this vexed love story and the collision course they call their life together.

Their connection is never in doubt, though Webster is appalled by the urban underbelly of Chicago, which Margy calls home. He refuses to have children because the earth is overrun with humans, and Margy feels compelled to expiate an early abortion by having a live child. Webster's gloomy view of global disaster threatens to triumph in the final story, as their close friend Calvin is dying of AIDS beside a moribund Lake Michigan. Meanwhile, the one child Webster has agreed to conceive appears destined for stillbirth because Margy herself was poisoned as a fetus by misguided medical intervention.

At the end of this sad, funny, moving tale, there may be hope, as life and love prove unexpectedly resilient, even in the twenty–first century.

Cornelia Nixon is the author of Angels Go Naked, Now You See It, and Jarrettsville, as well as a book of literary criticism. She has won two O. Henry Awards (one of them the First Prize in 1995), two Pushcart Prizes, a Nelson Algren Prize, and the Carl Sandburg Award for Fiction. She lives half the year in Berkeley, California, and half on an island in Puget Sound, Washington.
Loading...
or support indie stores by buying on