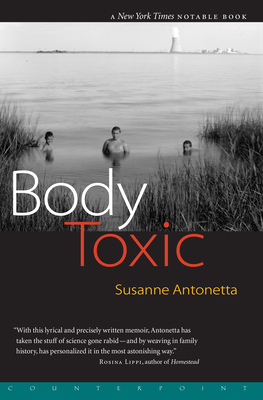 A thought-provoking and dramatic account two families who hope to start a new life in the boglands of New Jersey only to discover, much too late, that their new living environment was riddled with radiation and toxic waste.

Two immigrant families drawn together from wildly different parts of the world, Italy on one side and Barbados on the other, pursued their vision of the American dream by building a summer escape in the boglands of New Jersey, where the rural and industrial collide. They picked gooseberries on hot afternoons and spent lazy days rowing dinghies down creeks. But the gooseberry patch was near a nuclear power plant that released record levels of radiation, and the creeks were invisibly ruined by illegally dumped toxic waste. One by one, family members found their bodies mirroring the compromised landscape of the Barrens: infertile and damaged by inexplicable growths. Soon the area parents were being asked to donate their children's baby teeth to be tested for radiation.

Body Toxic is an environmental memoir--merging the personal and familial with the political and environmental, fusing fact with meditation. Intensely intimate and starkly contemporary, it is a story of bravery and resignation, of great hope and great loss. This book presents American families in the midst of the wreckage of the American dream.

Susanne Antonetta is the pen name of Suzanne Paola, an American poet and author who is most widely known for her book Body Toxic: An Environmental Memoir. In 2001, Body Toxic was named a Notable Book by The New York Times.
Loading...
or
Not Currently Available for Direct Purchase