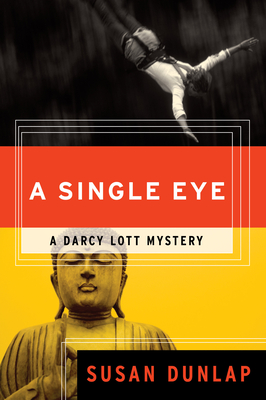 A stuntwoman hunts down a killer at a Buddhist retreat in this “engaging” mystery by the Anthony Award–winning author of the Jill Smith series (Booklist).

Darcy Lott can stare down any risky physical feat—until a stunt gone awry leaves the daredevil vulnerable to her phobias. With a crisis in confidence, Darcy calls upon her Buddhist beliefs, and heads to a monastery in the California redwoods for a soothing two–week getaway. What she finds is anything but soul–centering. Not long after she arrives, an attempt is made on the roshi’s life, and Darcy herself is threatened.

It seems the remote haven is brimming with secrets, and still shadowed by a mystery someone wants to keep buried—that of a Zen student who disappeared six years before. As harsh weather prevents anyone from leaving, Darcy finds herself in an increasingly dangerous trap. Someone is meditating about murder. Now, to find a killer among the followers she must face her own fears if she wants to make it out of this sanctuary alive.

Susan Dunlap is the author of nineteen novels and a collection of short stories, and editor of an anthology. She has won Anthony and Macavity Awards and has been president of Sisters in Crime. Her day jobs have ranged from teaching Hatha yoga to working on a death penalty defense team. She and her husband live near San Francisco.
Loading...
or
Not Currently Available for Direct Purchase