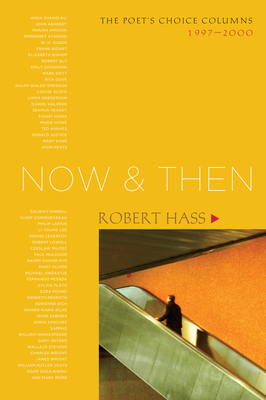 During his years as Poet Laureate, Robert Hass revived a popular 19th–century tradition: including poetry in our daily newspapers. "Poet's Choice" went on to appear as a nationally syndicated column across the country from 1997 to 2000. The column, which featured poems relevant to current headlines, serves as a symbol of the continuing importance of poetry in our daily lives. This collection contains well–known poets such as Wallace Stevens, Rita Dove, John Ashbery, and Robert Frost, as well as emerging and translated poets such as Jaime Sabines and Czeslaw Milosz. Also included are Hass's essays that accompanied the poems. Encapsulating a world before 9/11, this collection serves as both remembrance and reminder of a period in our history, and as a celebration of the poets whose works transcend time.

Paul Ebenkamp previously edited the Counterpoint title The Etiquette of Freedom, a conversation with Jim Harrison and Gary Snyder and Song of Myself, a collection of poems from Walt Whitman. He lives and works in Berkeley, California.
Loading...
or support indie stores by buying on
(This book is on backorder)