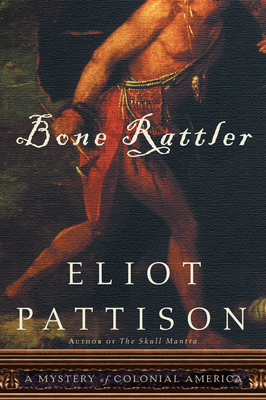 A Mystery of Colonial America

In a novel rich in historical detail, acclaimed author Eliot Pattison reconsiders the founding of America and explores how disenfranchised people of any age and place struggle to find justice, how conflicting cultures can be reconciled through compassion and tolerance, and ultimately how the natural world has its own morality.

Aboard a British convict ship bound for the New World, protagonist Duncan McCallum witnesses a series of murders and apparent suicides among his fellow Scottish prisoners. A strange trail of clues leads Duncan into the New World and eventually thrusts him into the bloody maw of the French and Indian War. Duncan is indentured to the British Lord Ramsey, whose estate in the uncharted New York woodlands is a Heart of Darkness where multiple warring factions are engaged in physical, psychological, and spiritual battle.

>Exploring a frontier world shrouded in danger and defying death in a wilderness populated by European settlers, Indian shamans, and mysterious scalping parties, Duncan, the exiled chief of his near–extinct Scottish clan, finds that sometimes justice cannot be reached unless the cultures and spirits of those involved are appeased.

Eliot Pattison is the author of the Inspector Shan series, which includes The Skull Mantra, winner of an Edgar Award and finalist for the Gold Dagger. He is also the author of the the Bone Rattler series, featuring Scotsman Duncan McCallum. Pattison resides in rural Pennsylvania with his wife, son, three horses, and three dogs on a colonial-era farm. Find out more at eliotpattison.com.
Loading...
or support indie stores by buying on