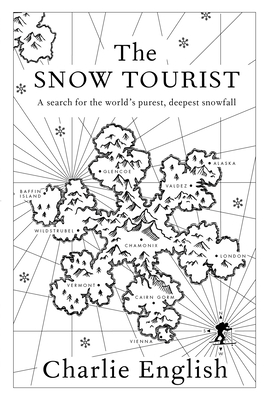 A Search for the World's Purest, Deepest Snowfall

Combining on–the–slopes experience with off–trail research, author Charlie English follows in the footsteps of the Romantic poets across the Alps, learns how to build igloos with the Inuit on Baffin Island, examines snow–patches in the Cairngorms to detect signs of global warming, and tests his mettle on some of the most perilous peaks on Earth. Along the way, he meets up with a flurry of fellow enthusiasts, from avalanche survivors and resort operators to climate scientists and champion skiers.

English is obsessed with snow, and has collected for our enjoyment an amazing array of not–so–random facts about the hexagonal substance that fills the human imagination with wonder. In this "snow handbook," he describes how snow is created, how to build an igloo, how avalanches occur, and (more importantly) how to survive an avalanche. His glossary is filled with snow terms that will delight, such as "coulior," "hoarfrost," "firn," and "sastrugi."

Fresh and fun and infused with the adrenaline of adventure, The Snow Tourist is a fascinating account of one man's pilgrimage through the world's blanketed fields, ice–capped rooftops, cozy igloos, and snow–covered mountain peaks.

Praise For The Snow Tourist: A Search for the World's Purest, Deepest Snowfall…

Praise for the UK Edition of The Snow Tourist

"A thing of wonder and delight. A perfect winter book" —Metro

"Mr English is a polymath who wears his learning lightly. His book is a cracking read that deserves to be by the bedside of every keen skier or snowboarder" —The Economist

"A far more intriguing account than much current travel literature. . .The places he visits are sometimes perilously cold, but English's account is touchingly warm" —The Guardian

Charlie English is a former journalist for The Guardian, where he held several positions including arts editor and head of international news. A fellow of the Royal Geographical Society and the author of two previous books, The Storied City and The Snow Tourist, he has traveled and reported widely around the globe. He lives in London with his family.
Loading...
or
Not Currently Available for Direct Purchase