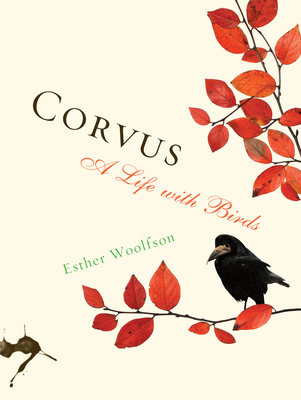 A Life with Birds

"A satisfying read from a masterful stylist, this will appeal to any fan of nature writing or personal essays." --Publishers Weekly (starred review) Ever since her daughter rescued a fledgling rook several years ago, Esther Woolfson has been fascinated with corvids, the bird group that includes crows, rooks, magpies, and ravens. Today, the rook, named Chicken, is a member of the Woolfson family along with a talking magpie named Spike, a baby crow named Ziki, a starling, a parrot, and others. From their elaborate bathing rituals to springtime broodiness and their tendency to stash food in the most unlikely places, these corvids share bonds with Woolfson that would have been considered rare, if not impossible, before. Letting her experience speak for itself, Woolfson likens the fears and foibles of corvids to those of humans, taking into account the science of bird intelligence, evolution, song, and flight. She highlights their big personalities and capacity for affection: Chicken hates computers and machines, while she loves evening neck scratches on Woolfson's knee. It is through this intimate lens that Woolfson invites us to reconsider what creatures can be human's best friend. "Woolfson shares a house with a host of free-ranging birds who cache bits of brie and raw squid in jean cuffs and under rugs, who excavate holes in the kitchen wall, and who, ahem, are decidedly not housebroken. But are these lifestyles really so peculiar? Should we not applaud them?" --Orion Magazine "What makes Woolfson's memoir such enjoyable reading (even for the non-birdobsessed) is that she is funny and knows it's rather crazy to have a magpie, crow, starling or, more significantly, a rook named 'Chicken' running about your house." --Bookslut

ESTHER WOOLFSON grew up in Glasgow and studied Chinese at both the Hebrew University of Jerusalem and Edinburgh University. Her critically acclaimed short stories and nature writings have won her a Writer's Bursary and a Scottish Arts Council Travel Grant. She lives in Scotland and works part-time in a bookshop.
or support indie stores by buying on
Copyright © 2020 American Booksellers Association