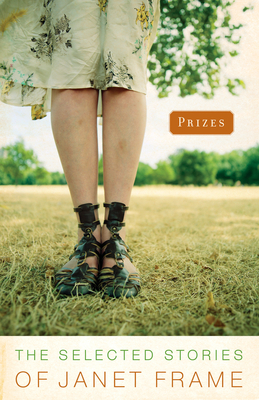 The most comprehensive selection of Janet Frame's stories ever published, this exceptional collection has been chosen from the four different volumes released during her lifetime. Featuring the best of her stories, the book includes pieces that were written over four decades, including stories from her debut collection, The Lagoon and Other Stories. First published in 1951, those stories were written while Frame was confined in a mental hospital. When the collection won the Hubert Church Award, a threatened brain operation (akin to a lobotomy) was averted. The stories in this new book also include selections from You Are Now Entering the Human Heart, published in the 1980s after a hiatus from writing. The last stories she published before her death, her writings from this time reveal Frame's unflinching ability to explore the drama of madness, isolation, and identity. This new book also includes five short stories that have not been collected before, completing a volume that testifies to the brilliance of Janet Frame's life and literary talent.

Janet Frame (1924 - 2004) was one of New Zealand's most distinguished writers. She is best known for An Angel at My Table, which the Sunday Times of London called one of the great autobiographies written in the twentieth century, and inspired Jane Campion's internationally acclaimed film. Throughout her long career, Frame received a wide range of awards, including every literary prize for which she was eligible in New Zealand, honorary membership in the American Academy of Arts and Letters, and the Commonwealth Writers' Prize for Literature.
Loading...
or
Not Currently Available for Direct Purchase