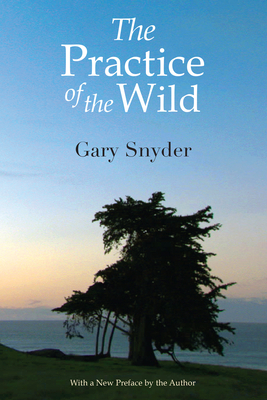 The Practice of the Wild

This is an important book for anyone interested in the ethical interrelationships of things, places, and people, and it is a book that is not just read but taken in. --Library Journal Featuring a new introduction by Robert Hass, the nine captivatingly meditative essays in The Practice of the Wild display the deep understanding and wide erudition of Gary Snyder in the ways of Buddhist belief, wildness, wildlife, and the world. These essays, first published in 1990, stand as the mature centerpiece of Snyder's work and thought, and this profound collection is widely accepted as one of the central texts on wilderness and the interaction of nature and culture.

Gary Snyder is the author of more than twenty collections of poetry and prose. Since 1970 he has lived in the watershed of the South Yuba River in the foothills of the Sierra Nevada. Winner of the Pulitzer Prize in 1975, Snyder has also been awarded the Bollingen Prize for Poetry and the Robert Kirsch Lifetime Achievement Award. His 1992 collection, No Nature, was a National Book Award finalist, and in 2008 he received the Ruth Lilly Poetry Prize. Snyder is a poet, environmentalist, educator and Zen Buddhist. Robert Hass served as Poet Laureate of the United States from 1995 to 1997 and as a Chancellor of The Academy of American Poets from 2001 to 2007. He lives in California with his wife, poet Brenda Hillman, and teaches at the University of California, Berkeley.
Loading...
or
Not Currently Available for Direct Purchase