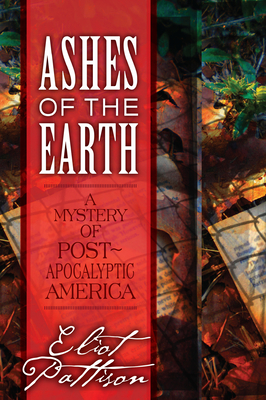 Ashes of the Earth

A Mystery of Post-Apocalyptic America

Thirty years after global holocaust, the colony of Carthage still struggles to build its new world. While steam engines and other early industrial technology have empowered its economy, the fragile society is undermined by secret crimes, rifts between generations, government censorship, and a legacy of casting out those who suffer from radiation sickness.

Embittered survivor Hadrian Boone—once a revered colony founder—has been hounded by despair and the ghosts of his past into a life of drunkenness and frequent imprisonment for challenging the governor's tyranny. But when a gentle old man, the colony's leading scientist, is murdered, Hadrian glimpses chilling secrets behind the killing that could destroy the colony. Realizing that he may be the only one able to expose the truth, Hadrian begins a desperate quest through the underbelly of the colony into the wrenching camps of the outcasts, escorted by a young policewoman who struggles to cope with the physical and emotional remnants of the prior world. Ultimately Hadrian's journey becomes one of self–discovery, and to find justice his greatest challenge is navigating the tortuous path of the human spirit in a world that has been forever fractured.

Praise For Ashes of the Earth: A Mystery of Post-Apocalyptic America…

Praise for Ashes of the Earth

"With a vital cast of villains and heroes, a vividly grim setting, and inventive, hair–raising action, ingenious mystery–writer–of–conscience Pattison explores the psychological toll of mass destruction and the need to salvage ideas and values, rather than material riches, so that a just society can rise from the ashes." —Booklist (starred)

"Brilliant . . . Pattison blends the bleakness of The Road with a well–crafted whodunit plot for another winner." —Publishers Weekly (starred)